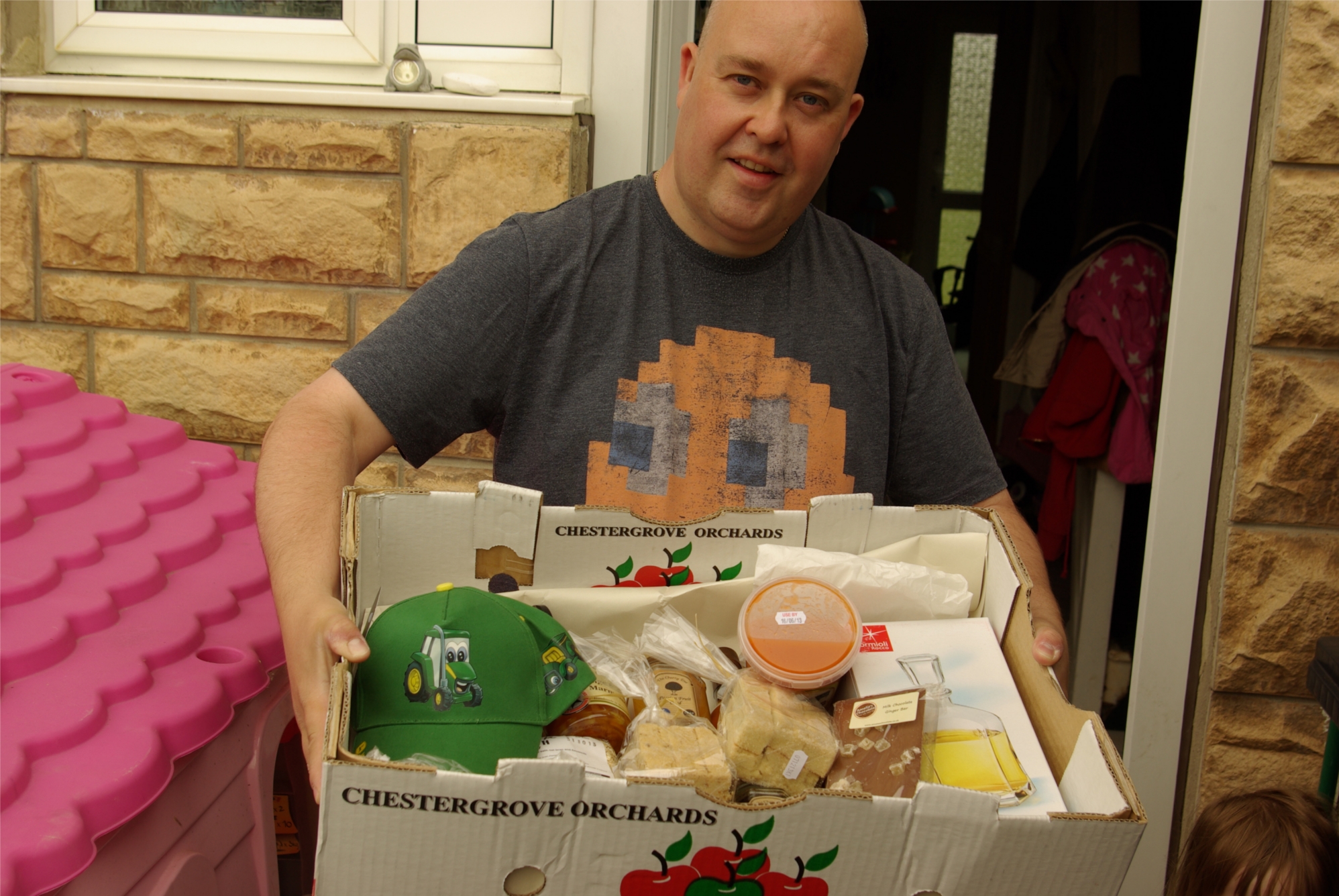 The winners of the 2013 Taste Trail have been announced!

Amy from Ripon & 11 year-old Ben from Harrogate won the hampers after collecting letters from each of the trade stands at the Tastes of Yorkshire Festival.

Their fathers are pictured below receiving the prizes on their behalf: 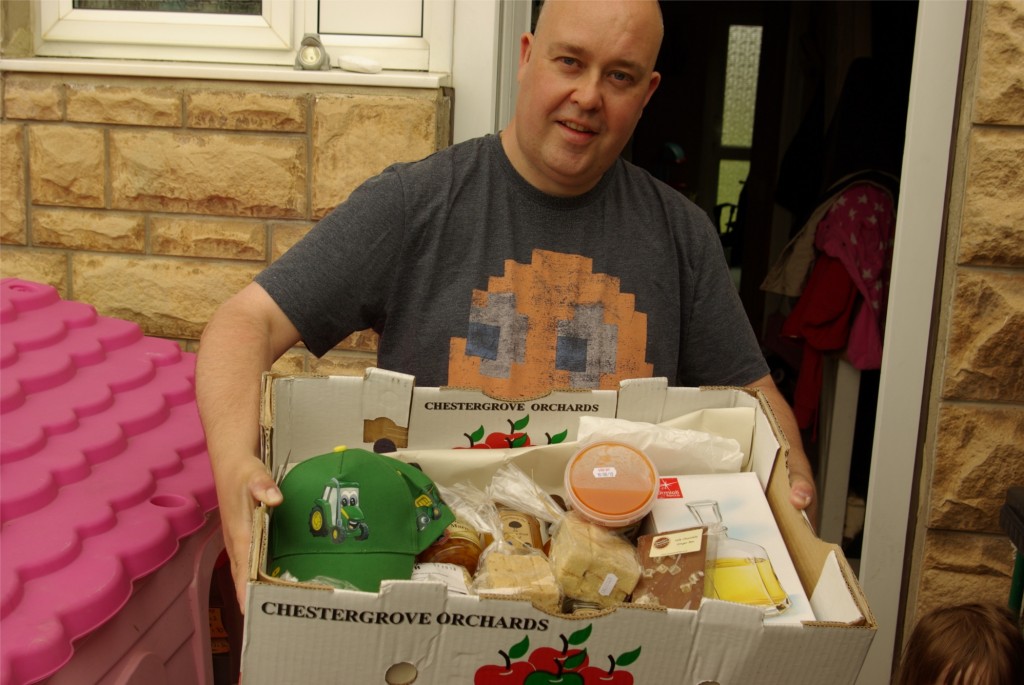 Mr E collecting the prize on behalf of the winner …..his daughter Amy from Ripon.

We hope you’ll join us next year for Tastes of Yorkshire 2014!